The black-eyed pea or black-eyed bean, a legume, is a subspecies of the cowpea, grown around the world for its medium-sized, edible bean. 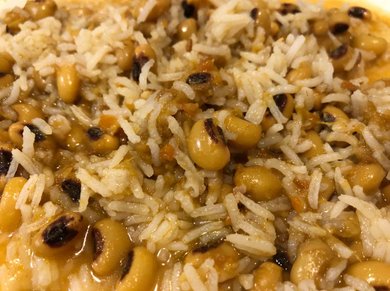